Plant a tree in memory of Buddy
An environmentally-friendly option 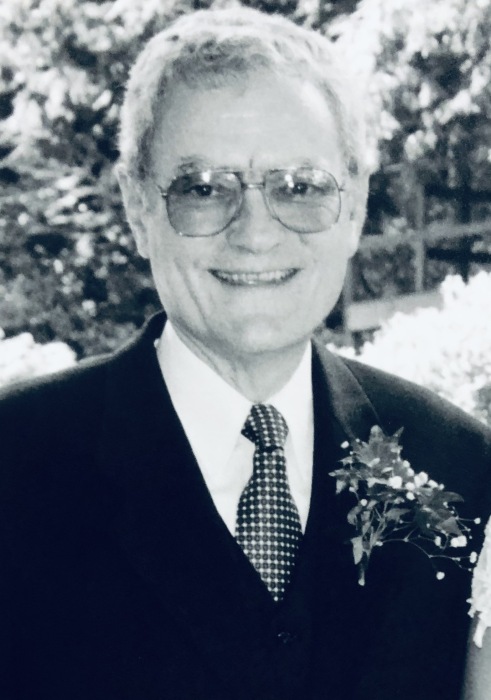 SAUGERTIES….Buddy F. Campbell, 78, of Elm St. died Friday, March 26, 2021 at the Ten Broeck Commons Nursing Home.   Born January 3, 1943 in Neodesha, KS he was the son of the late Gerald and Hazel Campbell.
Born, raised and educated in Kansas, Buddy graduated from Fort Hayes Kansas State University receiving his degree in Language.   He relocated to this area in 1965 where he taught Spanish in the Rondout Valley School District and in 1969 was hired to teach Spanish in the Saugerties Senior High School.  The last ten years of his career were spent teaching in the Gloversville Enlarge School District where he served as language department chairman.
Survivors include his wife of 55 years, the former Susan Scott; daughter, Kristine Campbell DeFoe of New Paltz; son, Matthew (Melissa) Campbell of High Falls; daughter in law, Ellyn Mulcahy of Kansas; eleven grandchildren: Courtney VanDeMark, Matthew, Nickalos, Skylar, Ellyn Darragh and Donnacha Campbell, Alexandra, Liam and Gabriel DeFoe.   He was predeceased by a son, David Campbell.  Donations may be made in his memory to the scholaarship fund of the  Saugerties Retired Educaters Association.  SREA; c/o Angela Houlihan; 457 Fishcreek Road; Saugerties, NY 12477.
His Funeral Service will be held privately.  Arrangments are under the direction of the Seamon-Wilsey Funeral Home, Inc., Cor. of John & Lafayette Sts.  Further obituary information and expressions of condolences may be shared with the family on his Tribute Wall at SeamonWilseyFuneralHome.com

Plant a tree in memory of Buddy by clicking here.
To send flowers to Buddy's family, please visit our floral store.

Services are to be announced

Plant a tree in memory of Buddy
An environmentally-friendly option

Plant a tree in memory of Buddy

12 trees planted in memory of Buddy

Dear Susan,
We were so sorry to hear of Bud's passing. Mike always appreciated Bud getting him involved in SAA Basketball. He has many fond memories of Bud on the court and at SHS.
Elaine and Mike Habernig

In memory of my beloved husband.
Susan

Mr Campbell was one of the best teachers at SHS.
Had him for Spanish.
RIP Senor Campbell

Rest In Peace Senor Campbell. Thanks for teaching me Spanish.

Plant a tree in memory of Buddy