Plant a tree in memory of Leon
An environmentally-friendly option 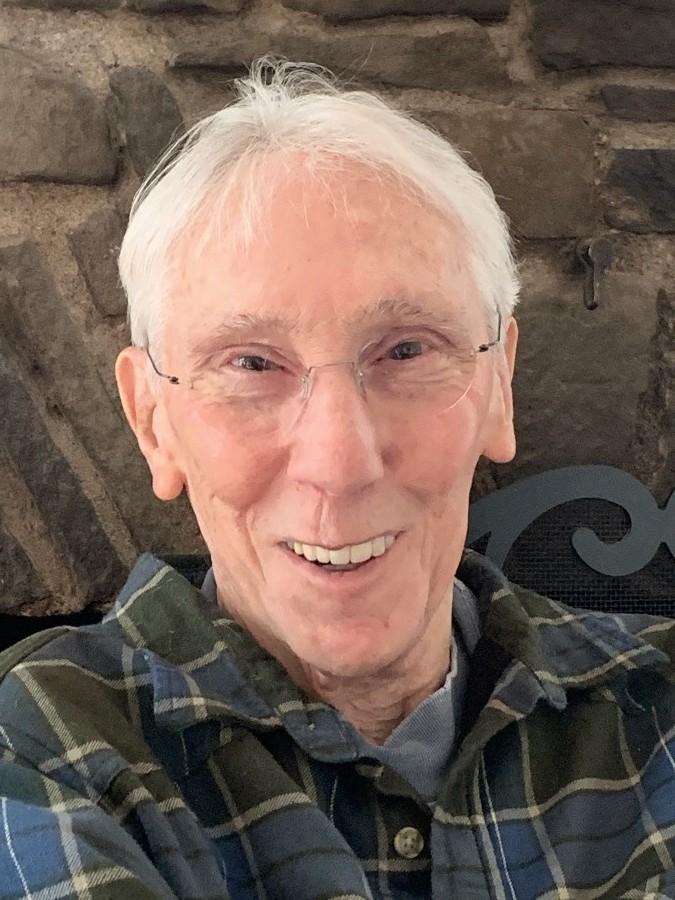 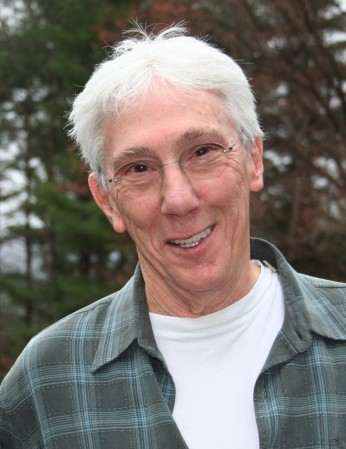 On March 8 Woodstock’s legendary documentary film-maker, Leon Gast, succumbed to Alzheimer’s, his devoted wife, Geri, at his side. He was 85.

Instantly Hollywood was eulogizing the winner of 1996’s Oscar for Best Documentary, “When We Were Kings,” which immortalized Mohammad Ali’s against-all-odds victory over George Foreman billed in ‘74 as “The Rumble in The Jungle.” Back in ‘96 Leon’s triumph actuallyprovided Woodstock a king, but it took the creation of the Woodstock Film Festival to fully realize that.  MeiraBlaustein remembers:

I moved to Woodstock with my family in 2000 to start the Woodstock Film Festival. Leon was one of the first to join our Advisory Board. He introduced me to Barbara Kopple, whose film MY GENERATION would—thanks to Leon--close the festival. Then he introduced me to D.A. Pennebaker who also honored our fledgling festival at Leon’s invitation. That first year Leon helped me put together a documentary panel consisting of himself,Barbara and Pennebaker--all Academy Award winning filmmakers and legends in their field. I remember standing in the back of Utopia Studios in Bearsville during the panel discussion, looking up at our stage and asking myself if the audience knew they were in the presence of giants. I fell in love with Leon that year, and over time that love and admiration only grew.

But Leon wasn’t born to greatness. He earned it. And like his hero, Ali, he triumphed against all odds.

“I was born in Jersey City.” Leon told me 2016. “My father wanted me to be a lawyer. But all that changed the day my cousin Peter invited me to his ‘History of Film’class at Columbia. We saw the all-time classic, ‘Nanook of the North.’ I had that: 'this is what I want to do!’ moment. The only problem was: ‘How?!’”

“It’s a blind bet, of course, ‘cause I’d never see a degree,” but Gast enrolls at Columbia film school, devouring every film on video. “In the end the guy who put it all together was Kubrick. They weren’t docs but his films felt like docs…Paths of Glory, Yes!”  Leon dreamed of trail-blazing his own such path. “Little did I know that 40 years later the world would know it as When We Were Kings.”

An instantly likable youth with athletic hustle in his body and speech, Leon does well at cocktail parties. Initially, he charms himself a job as driver for film VIPS. One of them, Lowell Thomas, has the hit show on CBS, “High Adventure.” Leon is made assistant sound engineer. Nexthe scores an advertising job shooting commercials. At another cocktail party he breaks into garment photography. “I’m shooting hats for $7.50 a piece.

“Another cocktail party and I exchange cards with a guy from Fania Records who gives me my first album cover: The Fania All Stars Live at the Red Garter, followed by…Live at The Cheetah… then? …Live at Yankee Stadium. ‘Til I say, ‘Hey wait! You’ve got amazing performers and a guaranteed audience. Why not make a movie?’”

In ’71 Leon shoots Fania’s all-stars in NYC clubs and street festivals. “Nuestra Cosa” is released in ’72 and in English-speaking theaters as “Our Latin Thing.” Leon has instant street cred and carves out his niche by directing, shooting, and editing another Fania All-Star film, a BB King doc, and a Pointer Sisters doc. Now he’s got an office on 58th street where a local motorcycle gang aptly named, “The Animals,” pique his curiosity.

Leon befriends the gang’s leader who provides a

“day by day greenlight to film” ‘til the Hell’s Angels initiate the Animals and a large member is sent to collect allfootage from Leon.

“I could have taken him—at least gotten in a few good shots—but he sucker-punched me at the door. I went down. He grabbed my working reel, dropped it in my office garbage can, dosed it with lighter fluid and tossed in thematch. But I had a back-up copy. So? Much of that footage actually made it into ‘Hell’s Angels Forever.’” [’83.]

Meanwhile in a plush, Rockefeller Center office,Mohammad Ali’s infamous manager, Don King, is negotiating a comeback bout for Ali against Foreman innotoriously corrupt Zaire, Africa—to kick off with a Soul music festival. He hears about this gutsy Jew with a good eye ‘n ear for music docs. At their meeting King is impressed with “Our Latin Thing” but bug-eyed at Leon’s triumph over the Hell’s Angels. “If he can handle those crazy mo-therfuckers!” King rants to cronies, “Then he can do this here!”

King creates a tight contractual leash on Gast, but Leon finesses a visit to Ali’s training camp in Deer Lake, Pa. They hit it off. Ali agrees to a filmed interview. Leon shows up with a black Director of Photography-- Ali takes notice. The shoot is a great success and Ali declares thatthis white man will document the greatest comeback inboxing history. Essentially, Leon has leapt over Don King’s block. Even more profoundly than Howard Cosell before him: he has won the ear and the mouth! of the one and only Mohammad Ali.

“We arrive in Zaire and the odds are gigantic against Ali because Foreman has knocked out all the fighters who’ve given Ali a problem. But one of Foreman’s sparring partner’s elbows gashes Foreman through headgear. Hetakes eleven stitches. So everything is pushed back—it turns out--six whole weeks. That affords us more time with Ali” (who trains harder while Foreman’s routine slackens.)The delay also allows Leon to fly to San Francisco to direct The Grateful Dead Movie.

Back in Zaire Leon’s crews film the long-delayed concert unofficially billed “the black Woodstock.”Coincidentally, it also is declared a “free concert,” even though proceeds are earmarked to pay Leon & crew. Butit’s too late to back out now on what Gast knows mustcertainly be his personal Path to Glory.

Shortly before the fight on Oct. 30 Leon films Ali jogging along roadsides lined with fanatical Zairiansshouting: “Ali Bumbayay!” [“Ali—kill him!”] But Ali doesn’t kill Foreman. Nor can he beat him by traditional means. Instead, after realizing the younger, stronger fighter will destroy him in open combat, Ali improvises (or has pre-planned!) “the rope-a-dope.” It confounds Foreman, diminishing the power of blows thrown harder and faster,until Ali bounces off the ropes in round 8 to knock out hisexhausted foe in--yes, the greatest comeback in boxing history.

Leon should have returned from Zaire in ’74 with the300,000 feet of film, several hundred thousand in salary, plus a hefty budget to edit. Instead, now began a twenty two year saga including a lawsuit against the-holder-of-funds: an off-shore company sheltering the Liberian minister of Finance, his subsequent highly suspicious death, a never-fully-disclosed “re-negotiation” with Don King, a drug deal gone bad, and at last…

Leon doesn’t talk about his first marriage, except to brag about his kids. But he’s a regular at Studio 54... need we say more? Then Leon delivers the eulogy at his best friend’s funeral, capturing the spirit of this man so eloquently as to also capture the heart of his grieving widow. Inside of a few dates Leon and Geri realize it’s mutual. Two years later they’re married. That’s in ’91, the very year they buy their dream house.

“Leon’s aunt and uncle had a house up here,” Geri recalls. “So Leon visited as a kid. We started dating andhe brought me up here to meet his friends. I’d been here a few times in the late 60’s. When we turned onto 212 from off of 375 I said to him, ‘I remember this place,’ and then I said, ‘this is where I want to be.’”

Leon didn’t need to hear it twice. Five years after

purchasing in Woodstock “When We Were Kings” was crowned at the Oscars, with producer David Sonenberg.  Ali, and Foreman, joining Leon on stage. How he got there?—would take a book to fully describe, one certain to include how Leon stayed close to Ali until shortly before the champion’s death.

Fame fueled the film-maker. Next? Smash His Camera, about controversial paparazzo, Ron Galella. And others kept coming. “Leon’s films were acclaimed around the world,” states pal Robbie Dupree, “but to me kindness and generosity will be his legacy.” Michael Lang, Impresario of the Woodstock Festival, hammers it home.“Leon and i have been friends for over 50 years and things were never dull. He lived fully and 25 years ago found the love of his life in Geri. His passing will leave a big hole in my life as it will in many, but that’s where the memories will go. He is so loved.”

In 2016 Leon received Woodstock Film Festival’s Lifetime Achievement Award.. It now sits on his mantel, next to his Oscar and Emmy. “A couple of years later we showed what Leon called his Love Song to Woodstock,” WFF’s MeiraBlaustein recalls, “And what a wonderful evening it was, with Leon beaming joyously while acknowledging that so-well-deserved standing ovation.”

Ladies and Gentleman, I give you Leon Gast.

Leon is survived by his wife, Geri Spolan Gast; sons Daniel and Clifford Gast; step-daughter Sara Marricco and6 grandchildren.  In lieu of flowers please contribute to hudson valley hospice (hvhospice.org). Announcements for a memorial in a post-covid world awaits such.  You may share a special memory on Leon’s Tribute Wall at seamonwilseyfuneralhome.com  Funeral arrangements were under the direction of the Seamon-Wilsey Funeral Home 45 John Street Saugerties

Plant a tree in memory of Leon by clicking here.
To send flowers to Leon's family, please visit our floral store.

Services are to be announced

Plant a tree in memory of Leon
An environmentally-friendly option

Plant a tree in memory of Leon

4 trees planted in memory of Leon

Trees
By Joyce Kilmer
I think that I shall never see
A poem lovely as a tree.

Our Champ The greatest of all time
Martinez family


A Grove of 3 Memorial Trees was planted in memory of Leon J. Gast

A Memorial Tree was planted for Leon J. Gast

We are deeply sorry for your loss ~ the staff at Seamon-Wilsey Funeral Home, Inc.
Join in honoring their life - plant a memorial tree

Plant a tree in memory of Leon