Share a memory
Obituary & Services
Tribute Wall
Read more about the life story of Nicholas and share your memory.

PORT EWEN…. Nicholas J. Bonelli, 71, of Forrest Dr. died Friday, October 14, 2022 at the Kingston Hospital.  Nick was born on March 24, 1951 in Kingston. He was the son of the late John and Mildred Bonelli.  For over 20 years he was employed as a mason in the Bricklayers Union out of Poughkeepsie. Prior to that, he worked as a 'Pizza Man.'  Nick loved going to the beach, fishing, playing cards and being with his family. Survivors include: his wife of 51 years, Diane Bonelli, a daughter, Deana Muller and her husband Erich of Highland, a brother, Bill Bonelli of Fla., and a sister, Rebecca Rosier of West Hurley.  Nick is also survived by his four grandchildren: Devon & Alexis Wood and Elijah & Jazmyne Lowe, his two great grandchildren, Dominic and Elaina Vazquez, and several nieces and nephews also survive.  He was predeceased by his daughter, Gina Bonelli-Wood and his brothers: John, Ernie and Bobby Bonelli.
His Funeral Service will be held 11:00 am Wednesday, October 19, 2022 at the Seamon-Wilsey Funeral Home, Inc. Cor. of John & Lafayette Sts., Saugerties.  Friends and family will be received Tuesday, October 18, 2022 from 6-9PM.   Expressions of condolence may be shared with the family on Nick’s Tribute Wall at SeamonWilseyFuneralHome.com

To send flowers to the family or plant a tree in memory of Nicholas J. Bonelli, please visit our floral store. 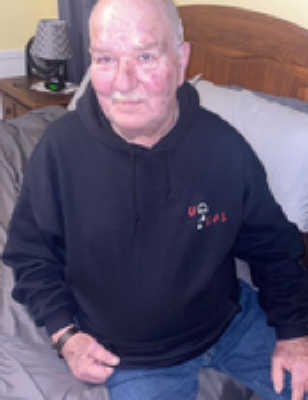