Read more about the life story of Joseph and share your memory.

SAUGERTIES…. Joseph A. Veltrie, Sr., 89, of Barclay Lane died Thursday, November 17, 2022 at his residence surrounded by his family.  Born October 11, 1933 in Saugerties, he was the son of the late John and Louise Vigna Veltrie.  A lifetime area resident, he was a veteran of the US Navy.  He was employed for over 35 years at IBM in Kingston.

Joe was a member of the IBM Quarter Century Club, the Saugerties Knights of Columbus Council #4536, the Saugerties Bowlers Club Thursday Nite Mens League and the SAA Softball League. He was an avid Yankees fan and enjoyed playing pinochle as well as his trips to Atlantic City.

His Funeral Procession will form 9:45 AM Tuesday at the Seamon-Wilsey Funeral Home, Inc. Cor. of John & Lafayette Sts., Saugerties thence to St. Joseph’s RC Church where at 10:30 AM a Mass of Christian Burial will be offered.  Interment will follow in St. Mary’s Cemetery.  Friends will be received Monday 4:00-7:00 PM.  Expressions of condolence and photos are encouraged to be shared with the Veltrie Family as a Tribute Book will be organized at SeamonWilseyFuneralHome.com. In lieu of flowers, memorial donations may be made in his name to: St. Jude Children’s Research Hospital.

To send flowers to the family or plant a tree in memory of Joseph A. (Sr.) Veltrie, please visit our floral store. 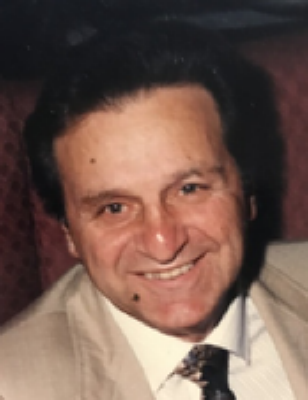