Share a memory
Obituary & Services
Tribute Wall
Read more about the life story of Sr. Marie and share your memory.

Mary Elizabeth Holdman was born on Long Island, NY on November 6, 1920, daughter of the late Ernest and Margaret Felleman Holdman.    She moved with her family to Scarsdale at a young age, where she first met the Sisters of Charity at Immaculate Heart of Mary School. Calling her education “varied,” Sr. Paula  had a mix of public and Catholic education, including Eastchester High School, the College of New Rochelle (CNR) and CUNY’s Graduate Center.  She had earned her Bachelor's degree in English, Master's Degrees in English and German, and Doctorial Degree in German Language & Literature. Sr. Paula entered the Sisters of Charity in 1942, following her college graduation from CNR.  September 8, 2022 marked her 80th Jubilee of Religious Vocations.  She was seven weeks short of her one hundred and second birthday!

Sr. Paula credited her family, especially her father, Ernest—a native of Germany — with giving her a love of travel. They sailed to Europe several times when she was a young girl and traveled around the United States. Sr. Paula continued to visit Europe for a number of summers at Middlebury College and the University of Kiel and the University of Freiburg to study German. She shared those experiences with students at the College of Mount Saint Vincent as both professor and chair of the department for decades.

While at the Mount, where she began in 1953, Sr. Paula also worked with students on the newspaper. In fact, she worked with student newspapers at all her ministries.   She called the Mount "home" and had been in residence on campus for almost 70 years. Sr. Paula took on all her projects with the same energy and enthusiasm. During her teaching years, she also taught German to adults. She said some wanted to tell their family histories and some needed to learn German for their careers, such as the Metropolitan Opera and the FBI.  She kept in touch with many of her students over the years which made for having friends around the world. Sr. Paula knew all those relationships, as well as the Sisters in her community, enriched her and were a lifelong blessing.

The family will gather to receive friends on Friday morning from 9am to 10am at the Seamon-Wilsey Funeral Home, Inc. 45 John St. Saugerties.  A Mass of Christian Burial will be celebrated at 10:30am at St. Mary of the Snow Church with burial in the family plot at St. Mary's Cemetery Saugerties.

Funeral arrangements are under the direction of the Seamon-Wilsey Funeral Home, Inc. 45 John St. Saugerties, NY  You may share a special memory or condolence with the family on Sr. Paula's Tribute Wall at seamonwilseyfuneralhome.com

To send flowers to the family or plant a tree in memory of Sr. Marie Paula Holdman, SC, please visit our floral store. 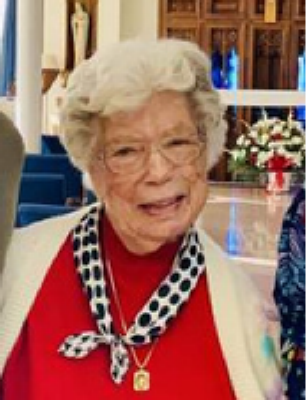 You can still show your support by sending flowers directly to the family, or by planting a memorial tree in the memory of Sr. Marie Paula Holdman, SC
SHARE OBITUARY
© 2022 Seamon-Wilsey Funeral Home, Inc.. All Rights Reserved. Funeral Home website by CFS & TA | Terms of Use | Privacy Policy | Accessibility